As a software developer, I find the iPad inspirational.

Apple's iPad is not a new idea. They are not the first ones to think of a tablet and as many blogs have pointed out the Apple iPad is not everyone's dream machine, the hardware is lacking gadgets and the software is not that amazing.

The iPhoneOS is a multi-touch centric operating system. For years application developers have been subjected to the tyranny of the mouse and keyboard. This has been the only input technology that developers could reliably depend on and expect to be available on the user's system. Any software that requires different input mechanism sees its potential market reduced.

The mouse is a great device for certain class of desktop applications. But it has also led to applications that are incredibly frustrating to use. Software for editing music and audio is cumbersome. Find the target, drag it, move it, find the other button, click it, scroll, drag, click. Anyone that has used Garage Band to try to play along knows this. The same applies to software to paint or draw. The mouse and keyboard are poor substitutes for using your hands.

On the iPhone, and now the iPad, the situation is reversed. Multi-touch is the only input mechanism that developers can depend on. Apple's iPhone helped create a community of developers that think in terms of taps, pinches and twirls instead of clicks, double-clicks and right-clicks. It is no longer an after thought. It is no longer a feature that is added if there is enough time in the schedule or enough budget. It is the only option available.

Taps, pinches and twirls allow us to use the full expression of our hands to drive an application. And it is not just any multi-touch, it is multi-touch over the same surface where the application is providing feedback to the user. Software that respond to user input in the same way that a physical object responds to our physical contact is the key to create new user experiences.

This is a whole new space in which we can research, a new space that we can explore and where we can create a whole new class of computer/user interactions. With the new form factor, we can now create applications that just made no sense on the iPhone.

The standardized hardware means that software developers do not have face testing their software with dozens of combinatorial options. There are only a handful types of systems. If the software works on the core systems, they will work on all consumer devices. Standardized hardware is at the core of the success of the console gaming market, developers test and develop against a uniform platform. Price is the cherry on top of the cake, this device will be mass produced and the affordable price means that it will have a deep reach.

The possibilities for new computer/user interactions are no longer dampened by this market reality. As developers, a new door to invention and innovation has been opened for us. No longer will software developers have to cripple their user experiences based on the mouse and keyboard.

For the past couple of years I have had some ideas for some software that I wanted to build on a touch-based computer, but the specter of having a small user base for my experiments always discouraged me. Ever since I heard the rumors about Apple producing a tablet computer I have not cared about what the device looked like, or what the software stack for it was going to be. I wanted to try new touch-based UI ideas, I have dozens of ideas that I want to try out. And with Mono, I get to do it in my favorite language.

Nice new releases of software that I use in the last few days. 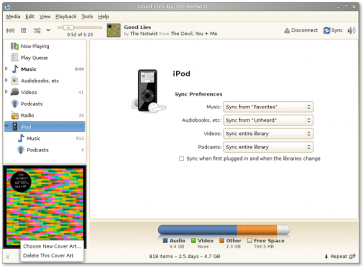 Now with a fully self-contained Mono and Gtk+ stacks on OSX. On the OSX note, I recommend Michael Hutchinson's blog entries on how to package your Gtk# app for use in OSX as well as his article on how to make your Gtk# app integrate with OSX. Both based on the lessons of bringing MonoDevelop and MonoDoc to OSX.

Jeroen Frijters released his IKVM.Reflection API. His API could be very useful for Reflection-Emit compiler writers, perhaps we could even use it in Mono's C# compiler to solve our long standing issues with Reflection. More research is needed on this area.

Maurits Rijk has published a new version of GIMP# his Mono-based plugin engine that lets you write plugins in any Mono supported language. There are samples in C# 3, F#, Boo, Nemerle, Oxygene, IronPython, Java/IKVM and Visual Basic. 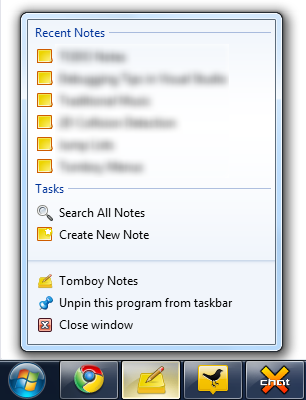 Sandy released a new version of Tomboy, now supports exporting data in HTML format to the clipboard and jump Lists on Windows 7.

24 hours after we got the iPad SDK we completed the support for the iPad for MonoTouch!

To get started with iPad development, go to http://monotouch.net/iPad and follow the instructions.

Another Mono-race, in 24 hours we are aiming to:

Thanks to everyone that participated in the campaign to nominate me for a C# MVP award, when I got back to Boston I found on my piles of email that I am now part of the program.

This is Pretty Sweet(tm). This will be a great opportunity to build more bridges with Windows developers and show them that there is an ECMA CLI life in the other side of the OS spectrum.

Looking forward to the group picture!

This year we will have a Mono Room at the FOSDEM Conference in Brussels. The FOSDEM conference is held on the weekend on February 6th and 7th.

Ruben and Stephane organized the room and the speakers for the it. has posted the finalized schedule for the Mono activities at FOSDEM on Sunday.

Here is the schedule, there are some pretty interesting talks:

David Reveman has just posted a fascinating patch that debuts the support of pixel shaders in Moonlight.

The current implementation uses gallium's softpipe driver but hooking up the llvm driver as well should be a minor task and give significantly better software performance.

My current approach is to focus on getting all these things working in software first. By using a OpenVG backend for cairo we can incrementally move to using gallium and hardware for all rendering.

Chris Toshok has landed the changes necessary to abstract Moonlight's engine from the platform.

This is a necessary step to bring Moonlight to non-X11 powered GUI systems.