Yesterday Microsoft announced that another component of .NET would be open sourced. The entire ASP.NET MVC stack is now open source, including the Razor Engine, System.Json, Web API and WebPages.

With this release, they will start accepting external contributions to these products and will be running the project like other open source projects are.

Mono and the new Stacks

We imported a copy of the git tree from Codeplex into GitHub's Mono organization in the aspnetwebstack module.

The mono module itself has now taken a dependency on this module, so the next time that you run autogen.sh in Mono, you will get a copy of the aspnetwebstack inside Mono.

Other libraries like Razor are next, as those are trivially imported into Mono. But ASP.NET MVC 4 itself will have to wait since it depends on extending our own core ASP.NET stack to add asynchronous support.

Our github copy will contain mostly changes to integrate the stack with Mono. If there are any changes worth integrating upstream, we will submit the code directly to Microsoft for inclusion. If you want to experiment with ASP.NET Web Stack, you should do this with your own work and work directly with the upstream maintainers.

The new ASP.NET engine has been upgraded to support C# 5.0 asynchronous programming and this change will require a number of changes to the core ASP.NET.

We currently are not aware of anyone working on extending our ASP.NET core engine to add these features, but those of us in the Mono world would love to assist enthusiastic new developers of people that love async programming to bring these features to Mono.

After more than a year of development, we are happy to announce Mono 2.11, the first in a series of beta releases that will lead to the next 2.12 stable release.

To assist those helping us with testing the release, we have setup a new continuous build system that builds packages for Mac, OpenSUSE and Windows at http://wrench.mono-project.com/Wrench.

To test drive Mono 2.11 head to our our downloads page and select the "Alpha" section of the page to get the packages for Mac, Windows or Linux.

The Linux version is split up in multiple packages.

The Windows version ships with Gtk+ and Gtk#

At this stage, we recommend that users get the complete kit.

There are hundreds of new features available in this release as we have accumulated them over a very long time. Every fix that has gone into the Mono 2.10.xx series has been integrated into this release.

In addition, here are some of the highlights of this release.

Garbage Collector: Our SGen garbage collector is now considered production quality and is in use by Xamarin's own commercial products.

The collector on multi-CPU systems will also distribute various tasks across the CPUs, it is no longer limited to the marking phase.

The guide Working with SGen will help developers tune the collector for their needs and discusses tricks that developers can take advantage of.

ThreadLocal<T> is now inlined by the runtime engine, speeding up many threaded applications.

Full Unicode Surrogate Support this was a long standing feature and has now been implemented.

The Mono's class libraries have been updated to better support async programming. See the section "4.5 API" for more details.

The compiler code generation backend was rewritten entirely to support both IKVM.Reflection and System.Reflection which allowed us to unify all the old compilers (mcs, gmcs, dmcs and smcs) into a single compiler: mcs. For more information see Backend Rewrite.

The new IKVM.Reflection backend allows the compiler to consume any mscorlib.dll library, instead of being limited to the ones that were custom built/crafted for Mono.

Compiler as a Service

Mono's Compiler as a Service has been extended significantly and reuses the compiler's fully instance based approach (see Instance API for more details).

Mono's compiler as a service is still a low-level API to the C# compiler. The NRefactory2 framework --shared by SharpDevelop and MonoDevelop-- provides a higher level abstraction that can be -- used by IDEs and other high-level tools.

Our C# interactive shell and our C# API to compile C# code can in addition to compiling expressions and statements can now compile class definitions.

4.5 Profile Mono now defaults to the 4.5 profile which is a strict superset of the 4.0 profile and reuses the same version number for the assemblies.

Although .NET 4.5 has not yet been officially released, the compiler now defaults to the 4.5 API, if you want to use different profile API you must use the -sdk:XXX switch to the command line compiler.

Because 4.5 API is a strict superset of 4.0 API they both share the same assembly version number, so we actually install the 4.5 library into the GAC.

Some of the changes in the 4.5 API family include:

The new System.Net.Http stack is ideal for developers using the C# 5.0 async framework.

The GDB support has been extended and can pretty print more internal variables of Mono as well as understanding SGen internals.

The soft debugger has seen a large set of improvements:

Mac support has been vastly extended, from faster GC by using native Mach primitives to improves many features that previously only worked on Linux to extending the asynchronous socket support in Mono to use MacOS X specific primitives.

We have completed the Mono MIPS port.

As a general theme, Mono 2.11 has hundreds of performance improvements in many small places which add up.

Mono and Google Summer of Code

Students, get your pencils ready for an intense summer of hacking with the Google Summer of Code and Mono!

Check out the Mono organization Summer of Code Project site.

If you missed the live session on Cross Platform Game Development in C# from AltDevConf you can now watch presentation.

You can also check the videos for all the AltDevConf presentations.

The Phalanger developers have published an updated set of benchmarks of their PHP compiler running on top of .NET vs PHP and Cached PHP, and the results are impressive: 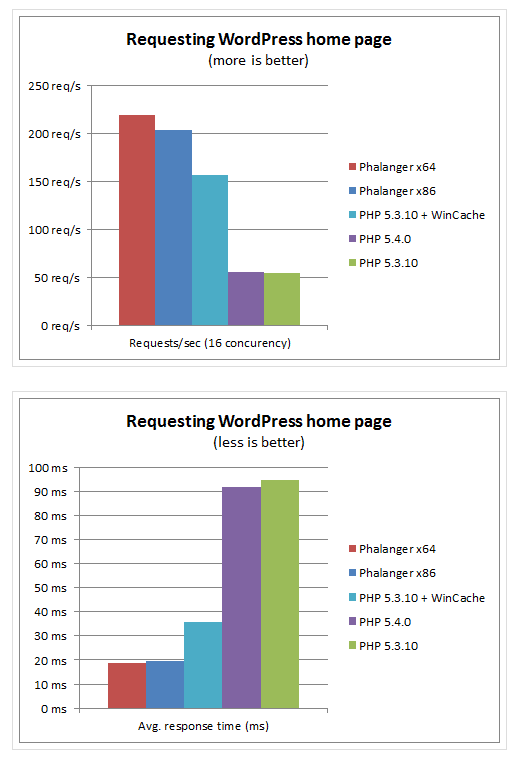 There are two cases on the language shootout where they are slower than PHP (out of eighteen cases) and they are also slower on eight of thirtyone microbenchmarks.

But in general with real applications like WordPress and MediaWiki, the performance gains are impressive.

As SGen becomes the preferred garbage collector for Mono, I put together the Working With SGen document. This document is intended to explain the options that as a developer you can tune in SGen as well as some practices that you can adopt in your application to improve your application performance.

This document is a complement to the low-level implementation details that we had previously posted.

We have released a new build of Mono 2.10.9 (Beta) with the latest version of Gtk+2 containing dozens of bug fixes done by the Lanedo team to improve the quality of Mono/Gtk+ apps on OSX.

This is still a beta release, please take it out for a spin, we are almost ready to graduate this as our stable Mono package.