Novell just hired Niels Bornstein, the co-author of Mono: A Developer's Notebook. The O'Reilly best-seller. Niel will be working on the Linux and Open Source practice group.

Also Tor Lilqvist, the developers who brought GIMP and Gtk+ to Windows has been hired to work full time on Gtk+ on Windows and to assist us porting various Gtk+ based applications to Windows. Nat's blog has more details.

Later he will take on the final step to make the world a safer place: bring Evolution (our email and calendar client) to Windows. Even Windows users deserve an email program instead of a petri dish of worms and viruses.

David Reveman one of two developers behind Glitz also joined Novell. He will be working full-time on completing and tuning Glitz as well as contributing to the Cairo imaging library (the framework that will become the foundation for most open source projects to do graphics rendering).

A few of my favorite articles from CommonDreams in the last few days:

Tracking Performance: Tomas's team in Charles University has published the results from speed benchmarking on Mono to track potential performance regressions. On the graph you can clearly see Lluis' fix to the remoting channels (the large drop in the Tcp tests). These have caused quite a lot of excitement in the Mono team: 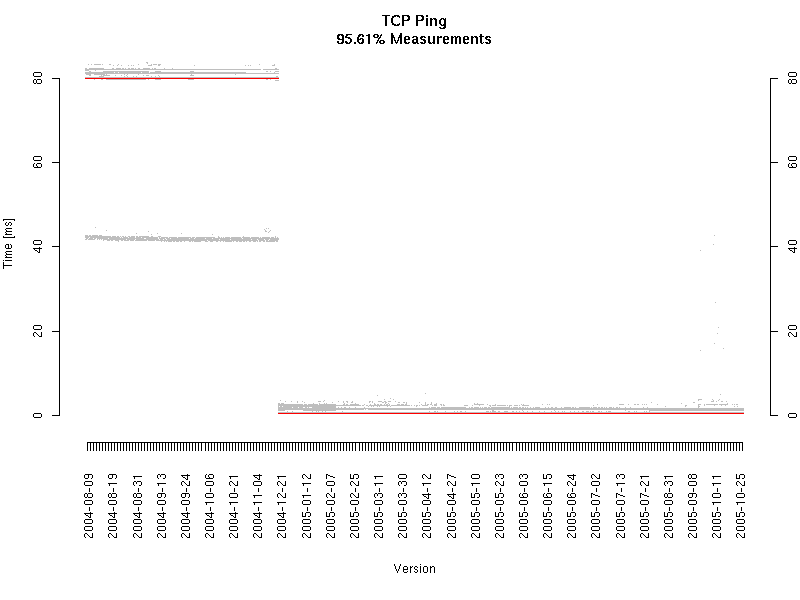 Following up on Zac's port of Gecko# to Windows (which is now used in the Windows Beagle port), we now have patches to run Monodoc with Gecko# instead of GtkHTML. 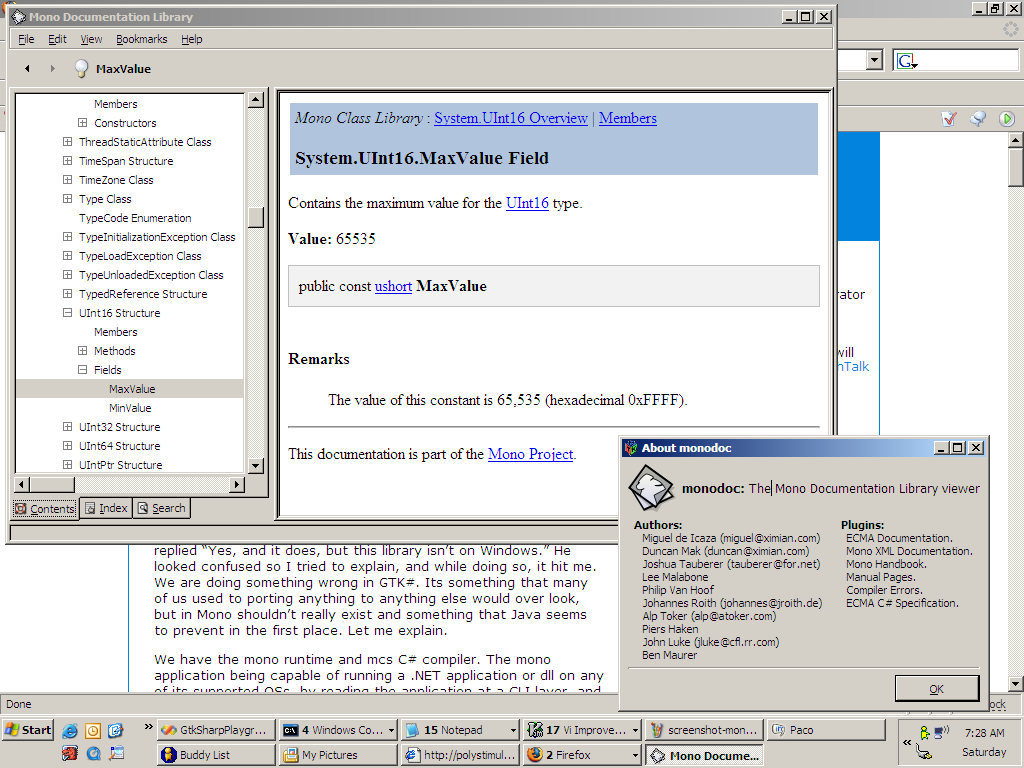 By Mono 1.2 I want to switch Monodoc to use Gecko, to let us use CSS instead of tables in our documentation rendering.

Mono Windows.Forms implementation is rapidly advancing, it is now capable of running Winforms NPlot, as opposed to my Gtk# port: 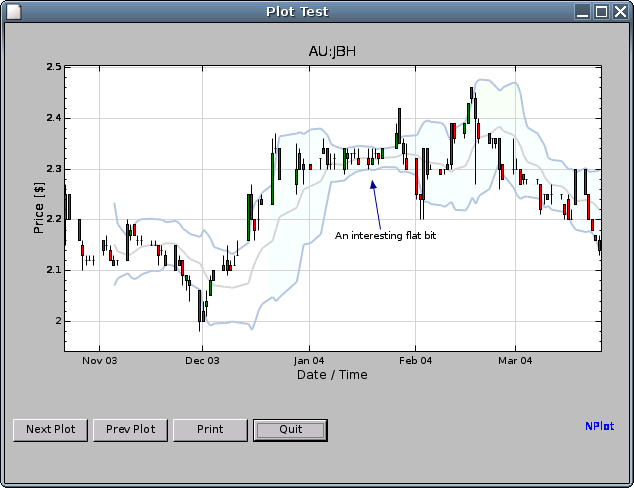 The Windows.Forms team has started a blog to track the major developments, it is available here.

DotRay: A ray tracer written in C# for .NET and Mono was recently announced. It will become a nice test for the performance tuning going into Mono (Mono's Arrays Bounds Check Elimination code was recently updated to eliminate some checks it was missing and the AMD64 bit port has support for the SSE instructions set, which we are going to backport to the x86 backend): In the last couple of days people have been using Ben Maurer's Mono heap profiler:

Various improvements have been based on the tool: from System.XML memory reduction (1.5 megabytes shaved with a relatively small patch when loading a 25 megabyte file) to improvements to F-Spot memory usage.

Paolo also did some micro-tuning for P/Invoke hungry libraries; It shaved about 50k-60k of memory for Gtk# based applications on startup.

F-Spot also went through some performance tuning optimizations: Larry greatly improved the rendering speed when switching pictures and in particular when rotating photographies (F-Spot automatically rotates pictures based on the EXIF metadata of the image).

Robert Love (here shown in his natural habitat) just got the second edition of his book "Linux Kernel Development" published. It now comes with a cute Novell cover. Get your copy today.

Companion to Pity the Nation

I keep churning through Chomsky's Fateful Triangle book (he now has a blog!)

Partly the book is a good complement to "Pity the Nation". Pity the Nation tells the story from Robert Fisk's standpoint a journalist in Beirut that covers the events on a daily basis. Chomsky's book on the other hand breaks up the various elements of the civil war by topic, so the actors and events are easier to identify in his book. Chomky's book lacks the sense of a story that Pity the Nation has though.

Keith Packard has a Blog. And I love it!