My friend Mancha is teaching an entry-level computer course in my old school with Mono. He is currently using Monoppix as a distribution, but he would like to use a purely Gnome-based environment instead of the current mix of applications.

If anyone knows of a Gnoppix-like system with a full Mono suite please let me know.

In his latest blog entry Mancha details his adventures cleaning up his keyboard a must-read if you understand spanish.

I asked my friend Mancha about the similarities between Turkey, Lebanon and Mexico. It turns out that there was a large immigration of Turkish and Lebanese people into Mexico, and they shaped the early Mexico City and they were easily distinguishable in the 1920s and 1940s.

The tacos-al-pastor which have their equivalents in Turkey and Lebanon did indeed originate in this side of the world and was exported to Mexico with the immigrants (the way its cooked is on a gigantic pile of meat). There are two big differences between the Turkish and the Mexican versions: the Turkish version is made with some kind of lamb meat, while in Mexico we use pork. In Turkey they simmer the meat on tomato sauce on top of a pita-like bread, while in Mexico adobo is used as a spice. They tend to serve this on a piece of bread, we use tortillas.

In Lebanon they wrap the taco for you: you do not have to do the wrapping yourself, it comes pre-wrapped. The tradition of the lemon juice is also used here, and just like Turkey they give you a small jar with lemon juice next with your meal. In Mexico we just leave lemons cut in pieces on the table.

Yesterday I did a presentation for the Lebanon Linux Users: 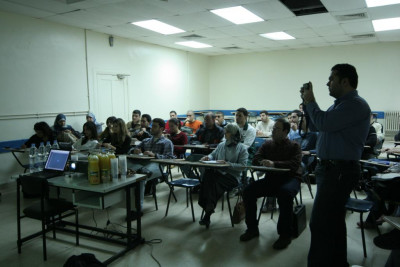 We later went to Virgin Records in downtown to pick some books and movies, the anti-Syrian protest is camping right next to it, in Martyr's Square:

At the Rafik Hariri's burial place, people have been leaving messages: 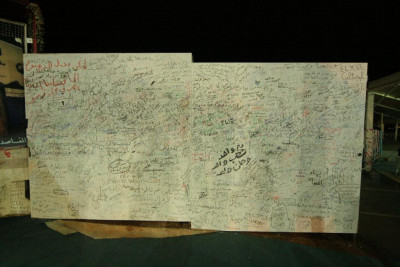 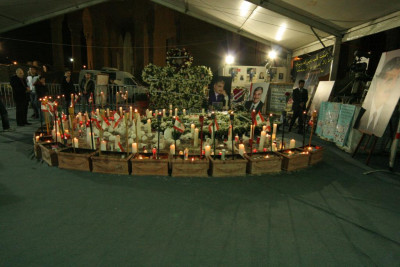 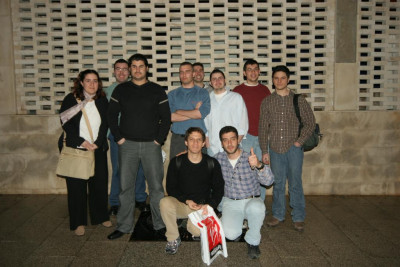 Dick Porter pointed me to a comment from the Daily Telegraph:

"Sir- Sandy Pratt's pollack recipe (Letters, Mar 9) brings to memory a suggested method for cooking camel meat, which I saw hanging in the Arab souk in Hebron some years ago. Take a lump of camel meat and a stone of equal size. Place in a large pot, bring to the boil and simmer gently. When the stone is tender, so will the camel be."

Everyone is Linking to This

Everyone is raving over this technology over at Planet Gnome: Colorization Using Optimization.