Mexico is in a turmoil over the questionable elections this year.

Fighting erupted among the representatives over the new appointed president. The new president was sworn-in in a rush, the international guests barely could sit before they had to whisk him out. Link

The upside is that what is typically an incredibly boring TV broadcast that goes for a few hours was reduced to less than five minutes. 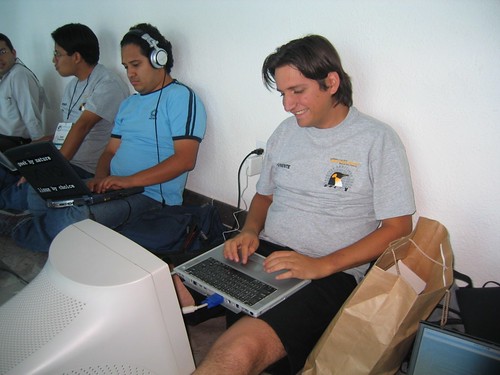 The last time I attended, my friend Arturo had just broken the screen of his powerbook. He traveled to Veracruz with an external monitor, underwear and a toothbrush.