I completely had forgotten to blog about SplendidCRM, an open source, .NET-based CRM system

The folks at SplendidCRM are very much Windows developers, they are completely new to Linux, they do not know our ways, nor speak the language that most of us Linux users do.

They were interested in supporting their CRM system on Linux, but they were overwhelmed by the instructions on how to get their software up and running on a system that they barely knew.

They were the first users to try our Mono VMware image. They had been requesting this from us for months, they got their software ported in a couple of days:

Within an hour of getting the VMware image, I was able to compile my project without any errors. You guys should have done this years ago.

We had to fix a couple of issues with our VMware image (DHCP configuration, installing the VMware tools) and after these changes, only after 48 hours since the release, his product was running on Linux. 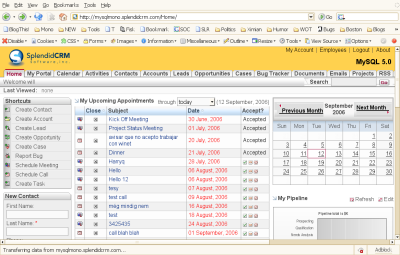 You can try their product running against MySQL or against SQL Server on top of Mono from their site.