Early this morning Jackson got the Silverlight Chess program working on Mono's Moonlight:

This demo did not work for a while as it requires that the x:Name declarations from controls created dynamically be merged with the container namescope.

Between Chris and Jackson the javascript bridge is complete enough that a few hours later (after fixing a double free) it is now possible to have the Mono VM play against the browser Javascript in Firefox/Linux as well: 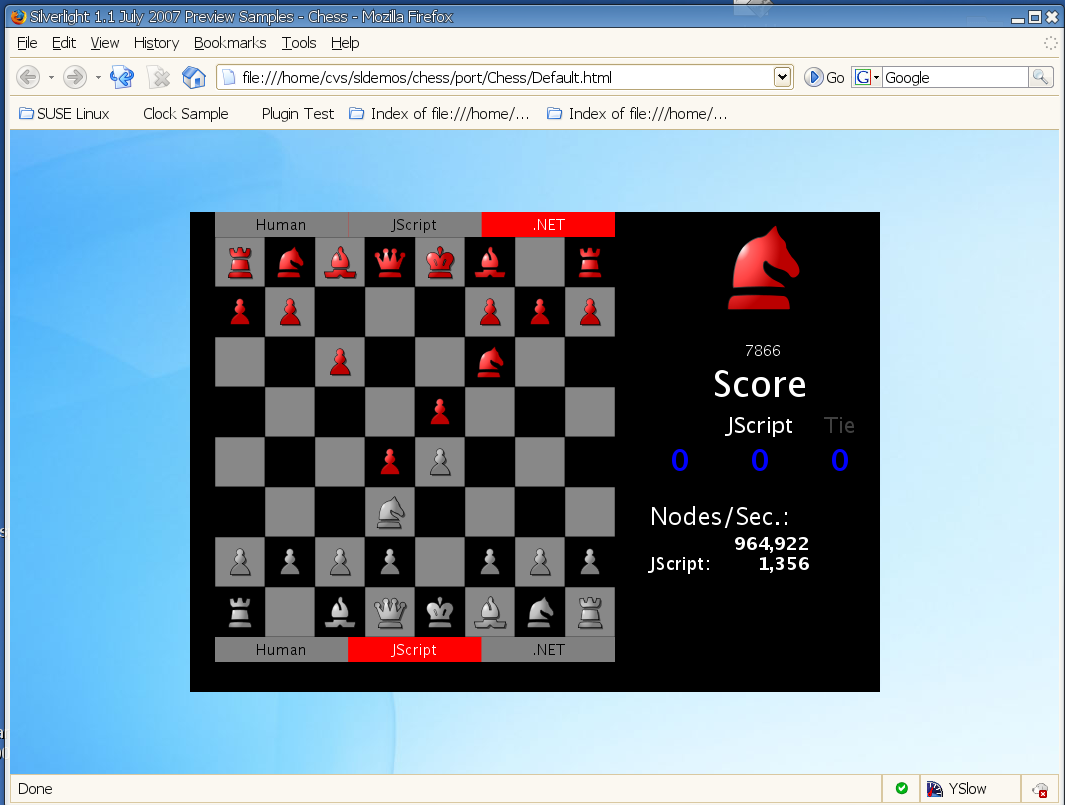 Although the original plans were to only support Silverlight 1.1 because we thought that they would be very different runtime, it turns out that by supporting 1.1 we can also support 1.0.

Various 1.0 demos are working with our implementation as well. The limitations currently are more with our overall support than in a 1.0 vs 1.1 difference.

Testing the Chess on Windows vs MacOS on relatively similar hardware seems to give an edge to Windows (as I do not have any two identical machines to compare, it just feels like the Windows box is performing about twice as fast).

Am interested in finding out from folks that have similar hardware if there is any significant performance difference in the CoreCLR implementations between OSX and Windows.

The second screenshot is Mono running on a ThinkPad T60P ([email protected]) am curious if someone with Windows with the same machine can report on the .NET vs Javascript nodes/sec.