Alan McGovern who worked with us last summer as part of the Google Summer of Code to build a BitTorrent API for Mono called MonoTorrent joined us at Novell this summer as an intern.

When Alan arrived in Cambridge we had just decided that we would start our hack-a-thon on Moonlight to demo whatever we could get done in 21 days to show at the Mix Paris event.

Alan worked in the summer on a XAML designer for Silverlight that he called "Lunar Eclipse": 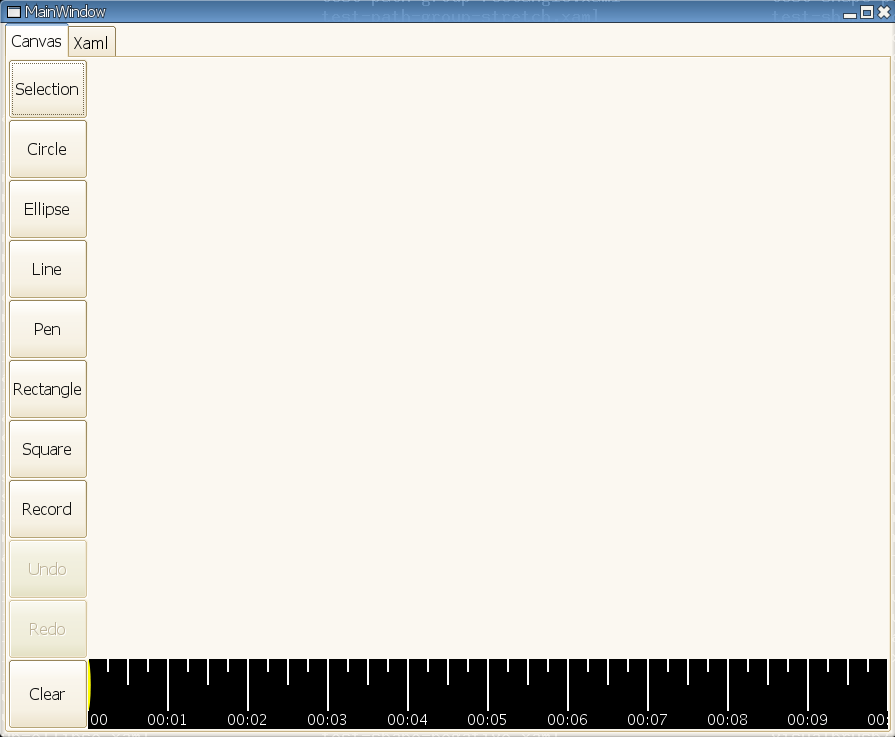 Ok, do not make fun of it. The important stuff is the engine, not the looks. Am sure Christianism has a quote for this, but I would not know how to google it up, but something like "look at the heart, not at the look". And if not, it is probably on one of those self-help books that I got at a discount price on that bookstore in Newbury St before they shut down.

The idea was to write the Silverlight designer in Silverlight itself. Currently our designer uses Gtk+ for its user interface plus a Silverlight surface for the designer. We felt that we could also build a web version of it and hence tap into the MacOS crowd that would not have access to the Blend designer either.

He started when we barely got anything working, it was quite challenging, because every few hours the code would be in a completely different stage. He reported more bugs than anyone else as he was our first "native" user of Moonlight.

The designer is able to serialize the designs into XAML, it is possible to hand-edit the XAML and go back to the rendering surface and is also has a timeline editor for creating animations.

Some videos for your pleasure created by Alan:

Of course, our long term goals would be to polish this up and create a Mono Add-In for MonoDevelop to offer a complete Silverlight development stack on Linux.

On the development stack side, we have most of the bits to have a Silverlight development stack for Linux, Unix and MacOS ready. Sadly this will not be part of Mono 1.2.5, it will be part of our next release: Mono 1.2.6 scheduled for sometime in October or November. The adventurous among you can already use this by using Mono from SVN (for full instructions, see this link).

You might notice that LunarEclipse lacks file loading and file saving. This was because Alan insisted that file loading must use the Bittorrent protocol (his argument was that XAML files one day could span multiple gigabytes), but he did not know how to save files with Bittorrent.

For the time being, you can use cut-and-paste to load and save your XAML files. Either that, or send us a patch ;-)

Working with Alan this summer was a pleasure. It was my first time working with an Irish that considered the idea of a "seven course meal" to be a six-pack of Guinness and potatoes. The good news is that we turned him around, and by the end of the summer he was an avid chicken-quesadilla consumer.