In general, the focus of the Mono team is on Unix system, and more specifically for open source versions of Unix (Linux and BSD) but we still provide provide some support for Win32, Solaris and OSX even if they are proprietary and OpenSolaris (even if its licensed for mininal collaboration and cross pollination with Linux).

In general, our cross platform story has suffered a little bit when it comes to GUI toolkits: our Windows.Forms implementation works with X11, but Mac users really want to run a native version of it, without requiring an X server.

Gtk# suffers from the same problem: it works on X11, OSX and Windows, but on OSX it requires the X11 driver which is suboptimal.

In general, I do not like to support proprietary operating systems, but in the particular case of OSX, there is enough of a user-base that it made sense to bend backwards for the sole purpose of increasing the contributor and user bases.

At the Mono Summit we outlined our new strategy for OSX:

We will support the following, but only as a lower priority, and work on them will be preempted by other needs in Mono:

A screenshot of a Windows.Forms app running with the native driver (click for a full shot): 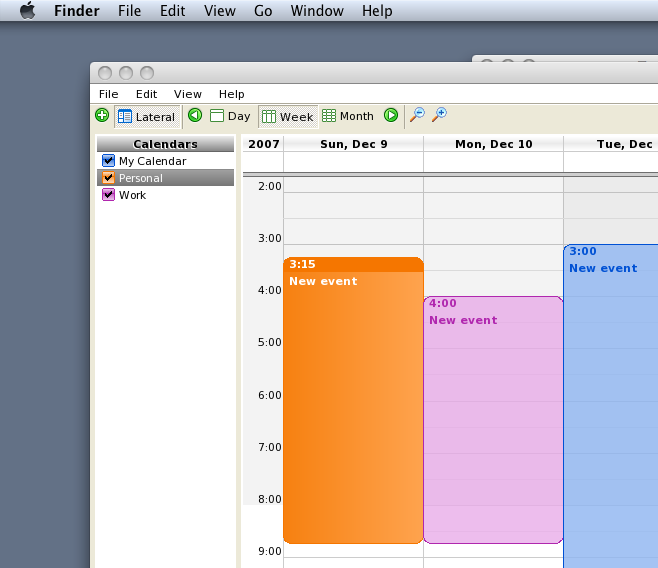 A screenshot of MonoDevelop, our Gtk# based IDE on MacOS with Gtk's native OSX driver: 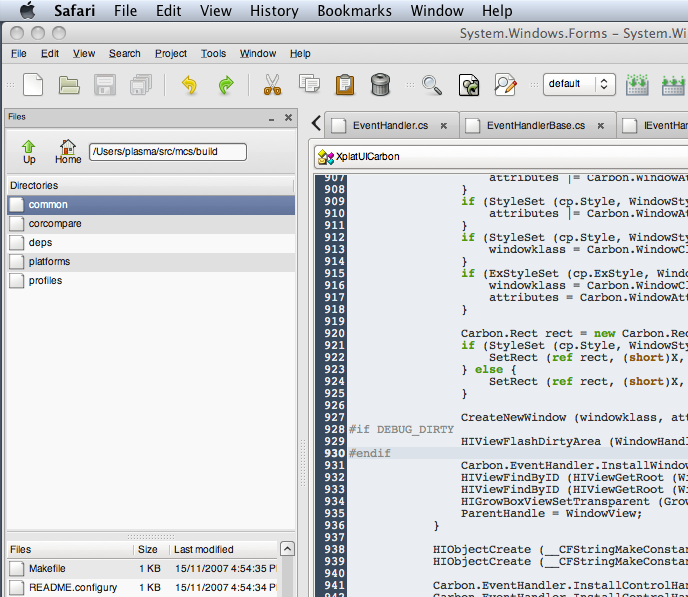 We are shipping MonoDevelop 1.0 at the end of January, after this, we will start work on the debugger integration into MonoDevelop (the most requested feature) and we will also add support for developing Silverlight applications with it.

At the Mono Summit, we got Moonlight running on MacOS X (including desklets!) which means that our Silverlight designer (currently called LunarEclipse) will be available on MonoDevelop on OSX. But we will not support Moonlight on the browser on Safari or Firefox on OSX as you can run Microsoft's edition there.