Today we released Mono 2.0 to the world. You can download sources and binaries from our download page. And our official release notes are up as well. This of course would not be possible without the open source contributors that worked tirelessly on Mono sending patches, fixing bugs, helping the community, answering questions, creating test cases and supporting us all these years.

Mono 2.0 is both a runtime for application and a kit for developers for writing applications with C# and other ECMA CLI languages for a wide spectrum of uses.

Big thanks go to the fantastic Mono team at Novell that has kept the excitement and the pace over all these years (we started in 2001), the large contributions from Mainsoft, Unity3D and our users that pushed us to fix bugs, implement new features and tune Mono. Also, we very much appreciate the work of the ECMA 334 and 335 committee members that worked on the CLI and C# specifications and everyone at Microsoft that answered our questions over the years and specially those that licensed code under open source licenses. 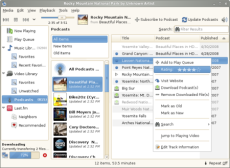 We originally started to work on Mono, because we wanted to make developers happier and more productive on Linux. We liked C#, we liked the CIL and we wanted to have those technologies available on our platform.

Since we have been active in the Linux Desktop world, it is not a surprise that the early use of Mono was mostly on Linux desktop applications, and Mono continues to shine there. Server-side use of Mono was a natural evolution and we soon were powering ASP.NET sites on Linux.

There is one area where we under-delivered in the past, and it has been a constant source of pain. Up until now, we did not have a working debugger. This has finally changed, and Mono 2.0 includes for the first time a debugger, the time for WriteLine() debugging is now behind us.

As the project matured, developers started taking advantage of Mono's open source nature: essentially .NET on their own terms. A platform that could be adapted, morphed, ported and modified to suit many different uses. Today Mono is embedded in portable mp3 players and powers Unity3D's game engine on the Apple iPhone, the Nintendo Wii, MacOS X and Windows (Some folks at Novell are working with Unity on bringing Unity3d to Linux!).

It has also been deployed to run code on large clusters of servers for SecondLife, powers our open source Silverlight implementation (Moonlight) and powers the popular DekiWiki: a Social Collaboration Tool.

Mono is a large project and it is hard to pick one feature to talk about as there are so many, so instead I put together a quick table of the major features that are part of this release:

We have ported Mono to a wide variety of platforms and operating systems on this 1.0 to 2.0 cycle. These platforms include:

If you are a Windows developer, you can continue using Visual Studio or your IDE of choice to write the code and compile it. Your binaries will run just fine on Linux.

To assist Windows developers in porting their applications to Unix, we have provided the Mono Migration Analysis tool.

The Mono Virtual Machine gained plenty of features since Mono 1.2 was released. We have added:

In addition the the Mono Debugger making its debut appearance on this release, we are very proud of our code analyzer Gendarme.

Gendarme is a extensible rule-based tool to find problems in .NET applications and libraries. Gendarme inspects programs and libraries that contain code in ECMA CIL format (Mono and .NET) and looks for common problems with the code, problems that compilers do not typically check or have not historically checked.

Mono is not perfect, but we want to improve it. Like many other open source projects, we need your bug reports to improve Mono. If you have problems with Mono, help us by filing a bug report.

Special thanks to Hacker Extraordinaire Aaron Bockover who not only brings us the best media player in the world, but created the new web site design and implemented and tuned it over very long extra hours up until 7am in the morning on his weekend.

And to our packaging and QA team that spent extra hours to get all the bits and pieces in place for the release.