Telerik Announces Support for their ASP.NET controls on Mono!

Telerik is one of the most famous provider of controls for .NET. We have been working for the past few months with Telerik to make sure that their RadControls for ASP.NET AJAX product worked out of the box with Mono:

Today Telerik announced the availability of their product officially for Mono-based customers on Linux systems. From their press release:

Telerik, the leading vendor of development tools and components for the Microsoft .NET platform announced that RadControls for ASP.NET AJAX fully supports the Mono runtime environment, an open source .NET framework sponsored by Novell, tailored for development of Linux applications. The Telerik AJAX UI components is the first major commercial user interface (UI) suite to go cross-platform and allows developers to build rich .NET applications in a Linux environment. “This has been a long-awaited feature, which we have been quietly working on for quite some time. Over the past few months, we have been actively testing the compatibility of our RadControls for ASP.NET AJAX offering with Mono", said Hristo Kosev, Telerik CTO. "We are extremely happy that our joint work with Novell will allow customers to build compelling high-performance ASP.NET AJAX-based applications and run them on Linux using Mono 2.4.” The decision to work with Novell to extend the capabilities of RadControls over other platforms is in direct response to customer feedback and interest in Mono. Telerik and Novell are optimistic about the effect their partnership will have on the industry and the benefits it will bring to .NET developers.

Telerik is a major player in the control space in the .NET world and many developers turn to them for ready to use controls for their applications. Developers that were previously using Telerik products can now host their products on Linux servers.

Special thanks go to Marek Habersack in the Mono team who worked tirelessly to fix Mono's ASP.NET stack. Working with the Telerik folks was a pleasure. Telerik helped us by providing us access to their source code, their test suite and their QA team that made sure that their thousands of tests ran equally well on Mono as they did on Microsoft's .NET.

You can try the Telerik controls running on Mono at http://mono.telerik.com/. 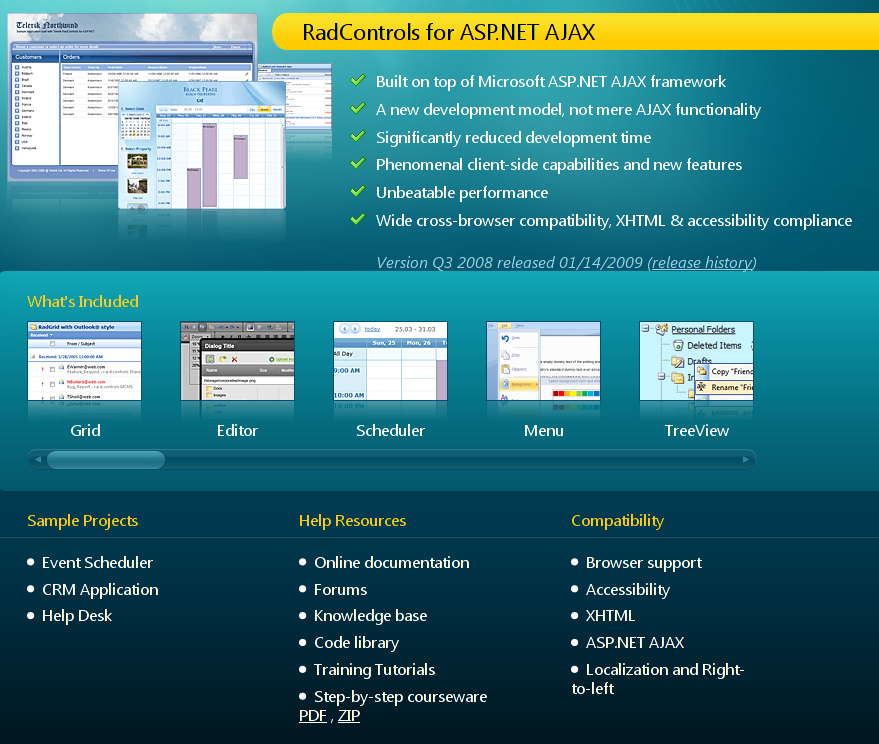