SUSE Studio is out - The Linux Appliance Builder

Today Novell announced the release of Nat's latest project: SUSE Studio. Nat has been working on this for a very long time.

Studio is a tool that allows anyone with a web browser to create Linux-based systems and appliances. We believe that this is one of Linux' major strengths and we wanted to turn this potential into a reality.

In addition to custom Linux builds, Nat's team has put a strong focus on Linux-based appliances.

The goal of an appliance is:

The idea is that software developers can combine into a single deployable unit (a) the operating system; (b) your software plus any dependencies requires; (c) the proper configuration and data files required to operate.

When you build your appliance with Studio, you can select the kind of system you want, the packages you want to install, you can preconfigure the system and you can even test-drive the result over the web (it uses a Flash applet) and even fine tune or do some last minute touches over the web (inside the Flash applet) before producing your final version: 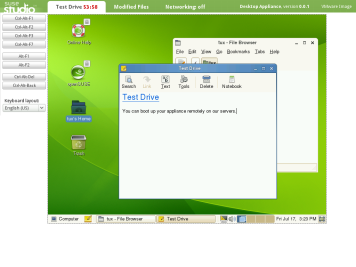 Test your Linux over the web. 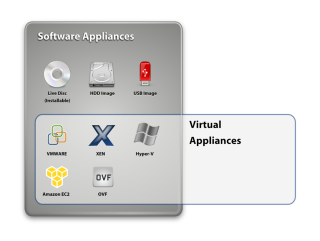 The resulting Linux distribution can be downloaded as an ISO image, you can update it, you can create a bootable USB Linux system with your software, generate a VMWare image or VPC image and next week you should be able to deploy them in Amazon EC2.

We have been using Studio for building the Mono downloaded VMware/VPC images for a while. We bundle the latest Mono, MonoDevelop and various ASP.NET and Windows.Forms samples for developers to try out.

As a software developer, you can move from a world where you let the end users assemble the solution themselves: 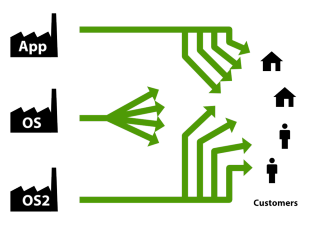 Into a setup where you deliver the entire package to your end user: 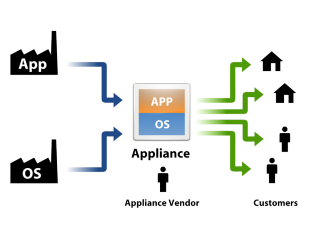 The above scenario is common in the Linux world, non-existent in the OSX world, and only large OEMs are able to do the same on the Windows world.

In addition to Unix software, we are going to make it very easy for Windows developers to bring their applications to Linux. Our Mono for Visual Studio project will now allow developers to go straight from Visual Studio into a Linux powered appliance: 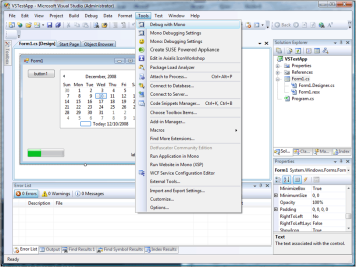