Yesterday we shipped Mono 2.4.2, our long-term supported version of Mono. It ships Microsoft's opensourced ASP.NET MVC stack for the first time (you could get it before on your own, but now it is integrated) and fixes over 150 reported bugs.

Chris Toshok announced M/Invoke a tool to port applications that use P/Invokes on Win32 to Linux and MacOS.

What Chris does not talk about on his post is that he was trying to use some .NET software that interfaces via USB to his glucose meter and was trying to get this to run on Linux. The tool is mostly .NET with the usual handful of P/Invokes to Win32. And this is how M/Invoke was born: a tool to retarget P/Invoke happy applications into becoming pure managed applications.

Alan McGovern released a new version of Mono.Nat one of the libraries used by MonoTorrent. 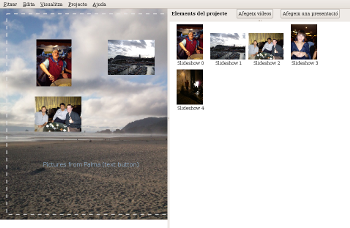 Jordi's GBrainy brain teaser game was picked up by MoLinux, a regional Linux distribution, and shipped it translated to Spanish: 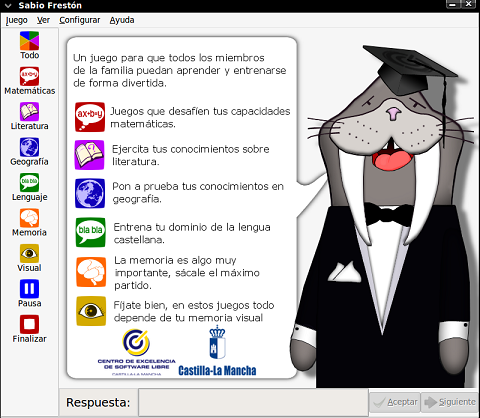 Joe Audette's mojoPortal was being installed four times as much when it got included in in Microsoft's Web Platform Installer site (more stats here).

For years I have loved the Joel on Software rules for software engineering. And one of those rules is "Build in one step". We have not always succeeded, but we have always tried. Lluis delivers the one step to build and run for MonoDevelop on Windows: Load solution, Hit F5, up and running.

Google Chrome really lead the way here, and I want very badly to have all of Mono building in Visual Studio with one keystroke, but we are not there yet.

Stephane reports on some nice startup performance improvements for F-Spot. Loading time for 10 images from Stephane's own image collection went from 1.2 seconds to .5 seconds.

MonoDevelop got some enhanced support for autoconf integration.

David Siegel announced a new release of Gnome Do on behalf of the Gnome Do team. In particular, it is now easier to write "Docklets" for the Gnome Do panel and for those of us that like the Emacs keybindings, it is now possible to use C-N and C-P for navigation 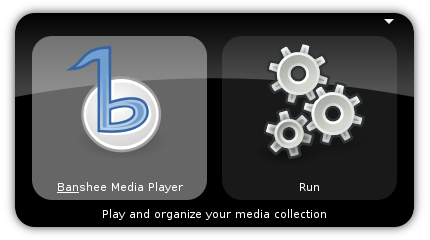 And of course the Google Summer of Code is in full swing: 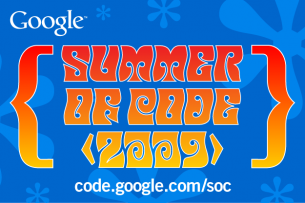 And we have various very exciting projects brewing.

Jonathan Pobst has been exploring integration points for Mono and Visual Studio 2010: 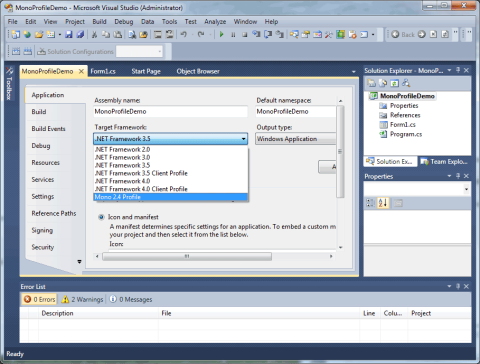 Guadec: I will sadly not be attending the Guadec/Akademy conference in Canaria next week. This is going to be a busy summer for us as we are shipping a lot of code in the next few months: Moonlight 2.0, Mono for Visual Studio, MonoTouch 1.0 and Mono 2.6.