Todd Proebsting had just developed iterators for C# and was presenting, it was inspired by his previous work on Icon's iterators. Sam Ruby (from IBM), Thomas Plum (from Plum Hall) and Todd:

Anonymous methods, the foundation for lambdas in C#, used a beautiful code generation technique. Anders who has a beautiful hand writing was explaining the design to the committee: 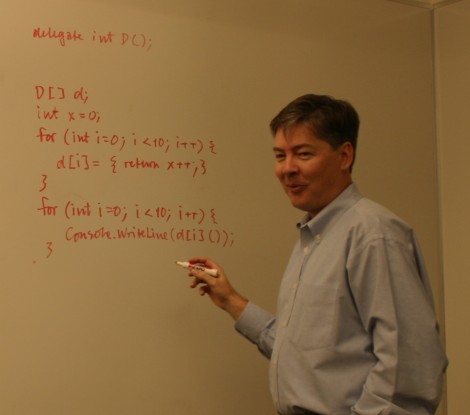 Jim Hogg presented the design for generics in the ECMA CIL. Here he is discussing with Arch (at the time with Intel, and the guy behind ECMA's System.Parallelization), Jon Jagger and Emmanuel Stapf (ISE Eiffel): 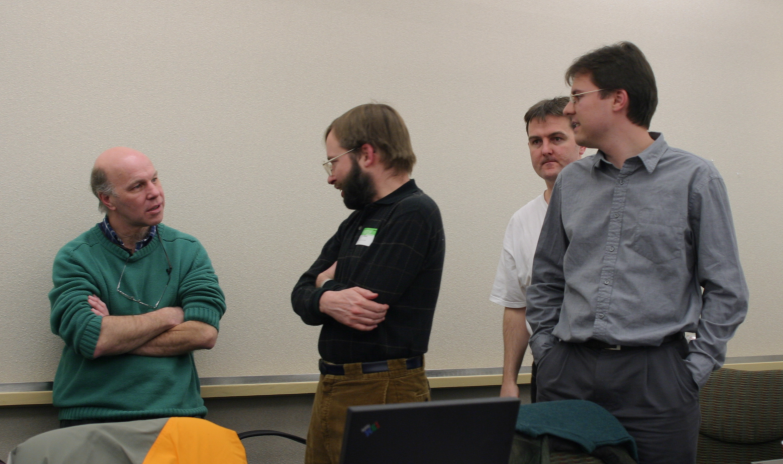 Joel Marcey, then at Intel and Jim Miller: 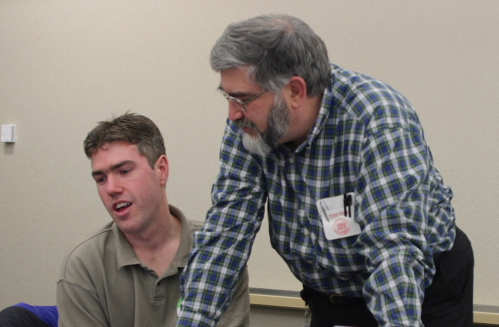 Todd and Chris Fraser. I was fanboying them. Mono's original JIT design was based on a lot of his work. At dinner Chris recommened Csikszentmihalyi's book on Flow, which I loved: 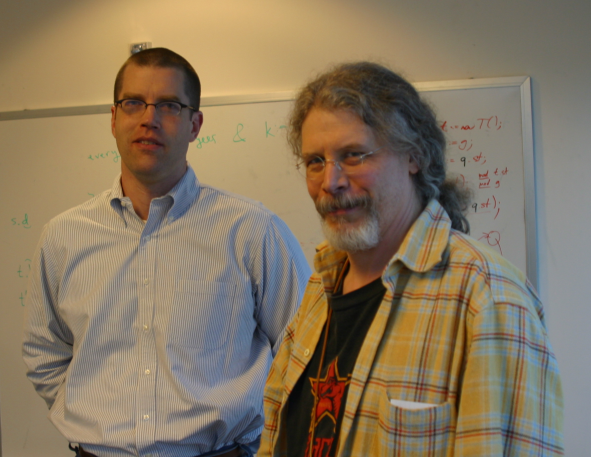