It seems that part of Steve Jobs' legacy was to give Larry Page some advise: focus. This according to Steve Jobs' recently published biography.

So Larry Page took the advise seriously and decided to focus. His brand of focus is to kill projects that were distracting to their goals. One of them, -and the one I cared the most about- was CodeSearch..

What did CodeSearch do for programmers?

The CodeSearch service was a unique tool as it indexed open source code in the wild.

Codesearch is one of the most valuable tools in existence for all software developers, specifically:

It is a shame that Google is turning their back on their officially stated mission "To organize the world‘s information and make it universally accessible and useful". It is a shame that this noble goal is not as important as competing with Apple, Facebook, Microsoft, Twitter and Yelp.

While writing this blog entry, I fondly remembered how Codesearch helped me understand the horrible Security framework that ships with iOS. Nobody informed the Apple engineers that "Security through obscurity" was not intended for their developer documentation.

In this particular case, I was trying to understand the semantics of kSecReturnData. How to use this constant and how it interacts with the keyring system is both tricky, and poorly specified in Apple's docs. Sometimes things fail without any indication of what went wrong, other than "error". So I used CodeSearch to figure this out (along with some other 30 constants and APIs in that library that are just as poorly documented).

These are the results of looking for this value in three search engines as of this morning.

GrepCode shows absolutely nothing relevant. But shows a bunch of Java packages with no context, no code snippets and if you make the mistake of drilling down, you wont find anything:

Codase is indexing 250 million lines of code, usually it takes minutes to get this page:

Maybe the server will come back up. 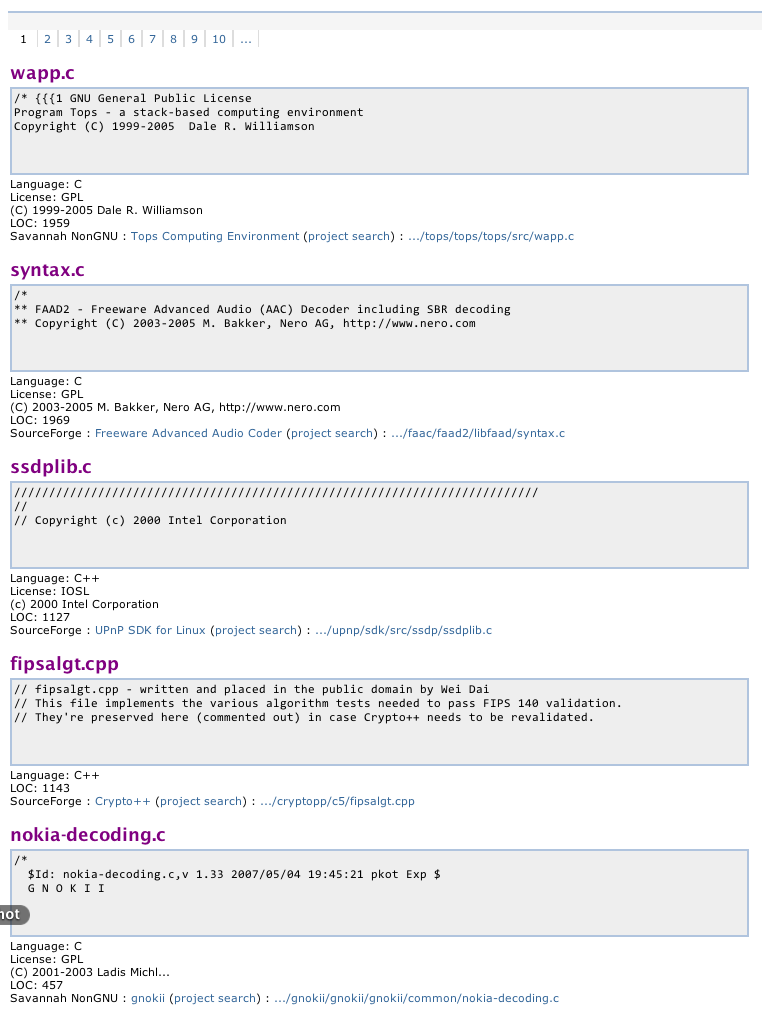 And this is what Codesearch shows: 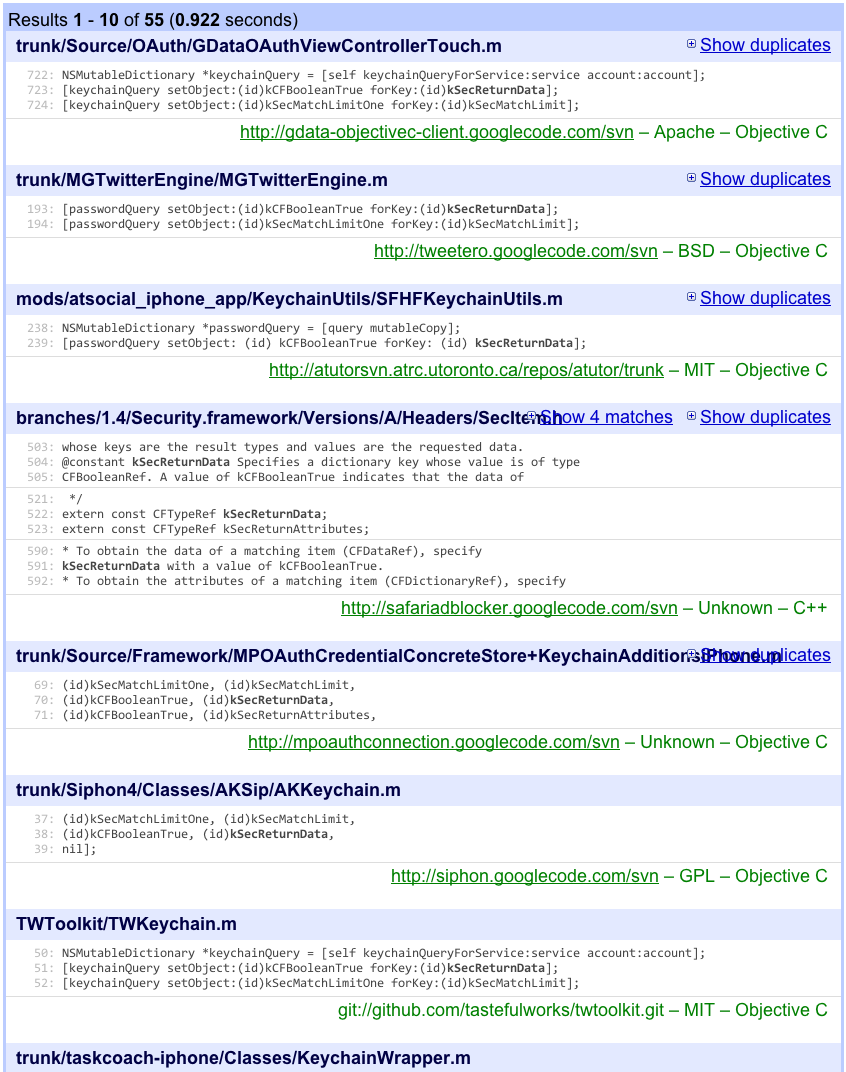 The big innovation on Google's search engine is that it actually works and shows real matches for the text being searched, with a relevant snippet of the information you are looking for.

We are going to be entering the dark ages of software research in the next few months.

Is there a hacker White Knight out there?

Running a service like Codesearch is going to take a tremendous amount of resources. There are major engineering challenges involved and hosting a service like this can not be cheap. It is probably not even profitable.

Larry Page's Google has already dropped the project. We can only hope that in a few years Sergey Brin's Google or Eric Schmidt's Google will bring this service back.

Microsoft is too busy catching up to Google and wont have any spare resources to provide a Bing for code search. And if they did, they would limit the search to Win32 APIs.

The Google engineers whose projects just got shutdown for in the name of strategy and focus are probably as sad as all of us are.

On the plus side, I get to share this rant on Google Plus with a dozen of my friends!