12 years ago, I wrote a small UI Library to build console applications in Unix using C#. I enjoyed writing a blog post that hyped this tiny library as a platform for Rich Internet Applications (“RIA”). The young among you might not know this, but back in 2010, “RIA” platforms were all the rage, like Bitcoin was two years ago.

The blog post was written in a tongue-in-cheek style, but linked to actual screenshots of this toy library, which revealed the joke: 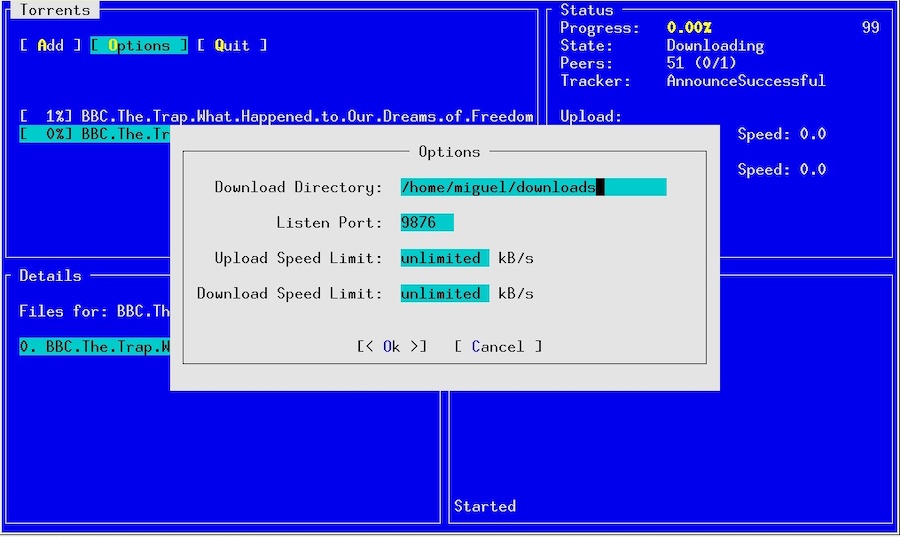 This was the day that I realized that some folks did not read the whole blog post, nor clicked on the screenshot links, as I received three pieces of email about it.

The first was from an executive at Adobe asking why we were competing, rather than partnering on this RIA framework. Back in 2010, Adobe was famous for building the Flash and Flex platforms, two of the leading RIA systems in the industry. The second was from a journalist trying to find out more details about this new web framework, he was interested in getting on the phone to discuss the details of the announcement, and the third piece was from an industry analyst that wanted to understand what this announcement did for the strategic placement of my employer in their five-dimensional industry tracking mega-deltoid.

This tiny library was part of my curses binding for Mono in a time where I dreamed of writing and bringing a complete terminal stack to .NET in my copious spare time. Little did I know, that I was about to run out of time, as in little less than a month, I would start Moonlight - the open source clone of Microsoft Silverlight and that would consume my time for a couple of years.

Back to the Future

While Silverlight might have died, my desire to have a UI toolkit for console applications with .NET did not. Some fourteen months ago, I decided to work again on gui.cs, this is a screenshot of the result: 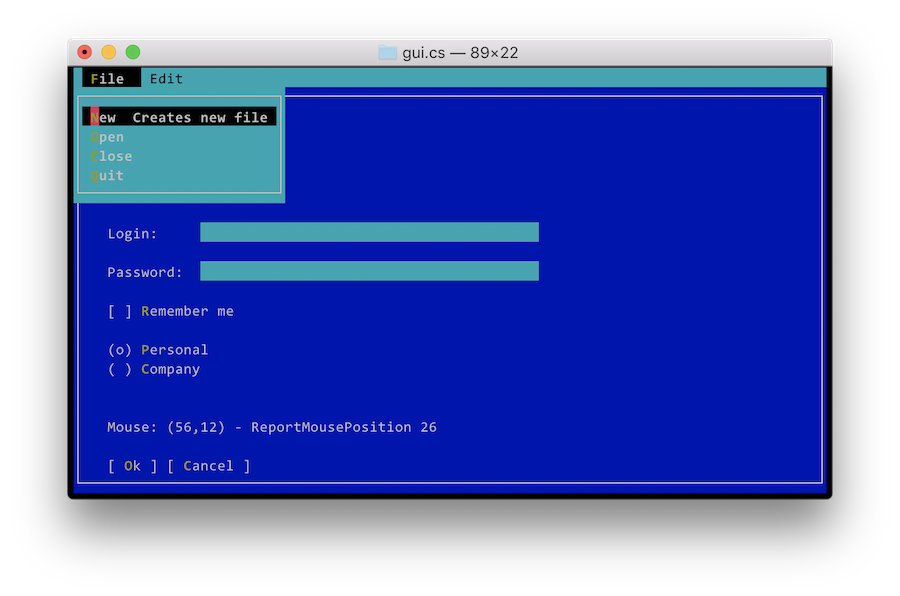 In many ways the world had changed. You can now expect a fairly modern version of curses to be available across all Unices and Unix systems have proper terminfo databases installed.

Because I am a hopeless romantic, I called this new incarnation of the UI toolkit, gui.cs. This time around, I have updated it to modern .NET idioms, modern .NET build systems, and embraced the UIKit design for some of the internals of the framework and Azure DevOps to run my continuous builds and manage my releases to NuGet.

You can find the result in GitHub https://github.com/migueldeicaza/gui.cs and you can install it on your favorite operating system by installing the Terminal.Gui NuGet package.

I have published both conceptual and API documentation for folks to get started with. Hopefully I will beat my previous record of two users.

The original layout system for gui.cs was based on absolute positioning - not bad for a quick hack. But this time around I wanted something simpler to use. Sadly, UIKit is not a good source of inspiration for simple to use layout systems, so I came up with a novel system for widget layout, one that I am quite fond of. This new system introduces two data types Pos for specifying positions and Dim for specifying dimensions.

As a developer, you assign Pos values to X, Y and Dim values to Width and Height. The system comes with a range of ways of specifying positions and dimensions, including referencing properties from other views. So you can specify the layout in a way similar to specifying formulas in a spreadsheet.

There is a one hour long presentation introducing various tools for console programming with .NET. The section dealing just with gui.cs starts at minute 29:28, and you can also get a copy of the slides.